Plenty of 12 footer mainsheets and a spinnaker sheet sold in the last week.  Must be right in the middle of the Lincoln Crowne & Company State Titles.

Brad being nice and tapering one mainsheet for his Dad on Vantage Real Estate just in time for his old one to blow a cover so he can make a new mainsheet for Garde.  Nick is looking after his Dad well by getting me to do the splicing and Ian is doing his own float rope spinnaker sheets for The Movement.

Two are made using the new LIROS DynaSoft and one stuck with a traditional taper splice in double braid (LIROS Magic Pro). 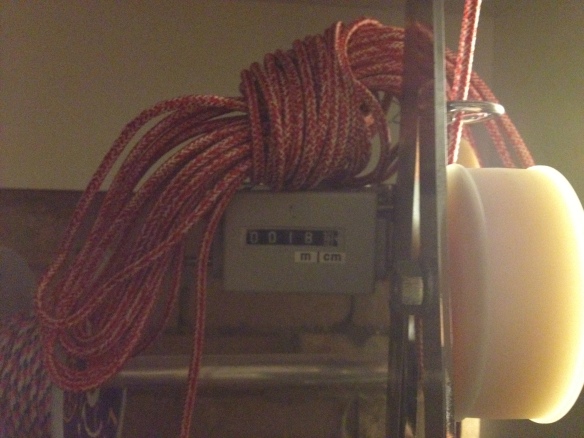