Had a nice fouth rig sail in Brisbane today.  The I14 nationals first heat was called off due to a strong wind warning so we went out on the Allwood Sails 12 foot skiff for a quick one lap.  Loose bumpy ride.  Hit 21.9 knots on the Velocitek before the tack line blew off and we dropped the kite.

Similar to yesterday’s ride in the invitation race for the I14 nationals.  Pole launcher rope blew out, kite came back at us quickly as we crashed breaking a tiller extension. 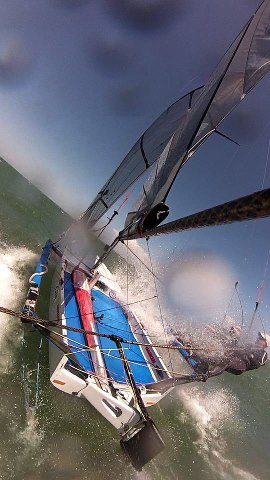 Both days required a very hairy ride back up the Manly Boat Harbour channel at low tide.  Plenty of water over the bow.

Took out the GoPro Hero3 camera the last two days.  Lots to learn about aiming it in the right direction.

Today’s 18ft Skiff race on Sydney Harbour was both Race 2 of the NSW Championship as well as the concluding race (brought about by last week’s postponed race) of the AEG 3-Buoys Challenge series.

Aside from the provisional results, the rest of the day was something to rember as we were treated to the most unusual finish anyone could remember.

While the day in Sydney started out with brilliant sunshine and a nice Nor’Easter, things deteriorated to a point where the race was delayed due to a lack of wind.

The fleet finally got away in a light Nor’Easter but a variety of wind pressures and directions kept all teams on their toes over the first two laps of the course.

Just when things looked normal and reigning Giltinan champion Gotta Love It 7 (Seve Jarvin, Scott Babbage and Peter Harris) held a 1m50s at the final windward mark, nobody could have foreseen what was still to come.

As the champion Gotta Love It 7 team raced under spinnaker to the wind mark off Shark Island, the wind dropped while the rest of the fleet came down to join ‘7’, which was ‘parked’ near the buoy.

With just the final short spinnaker run to the finish off Double Bay, there were 10 boats all in a single line.

Lumix, featuring a radical new wing mast, and Mojo Wine (James Dorron, Ricky Bridges and Mike McKensey) were the first to pick up the new breeze and resulted in Lumix taking the honours by 18s.

These placing are provisional as the Appliancesonline.com.au team have lodged a protest against the winner over an incident at the critical final wing mark.

AOL and ‘7’ went around together, closely followed (5s) by The Rag, with Mojo another 10s back in fourth place.

The breeze had a lot of north in direction and all teams were forced to gybe a number of times to reach the wing mark.

Gotta Love It 7 had edged slightly away from AOL and Coopers-Rag & Famish Hotel, while Australian champion Thurlow Fisher Lawyers (Michael Coxon) had time to be in fouth position.

A slightly fresher breeze settled in over the next lap and Gotta Love It 7 increased her lead from AOL and Yandoo.

There will now be a three weeks break from racing. The season will resume on 13 January with Race 1 of the Australian Championship. 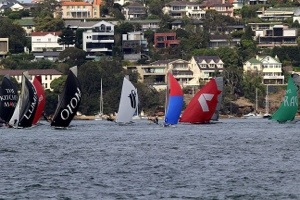 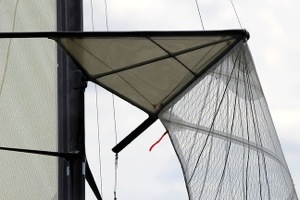 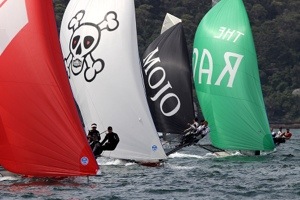 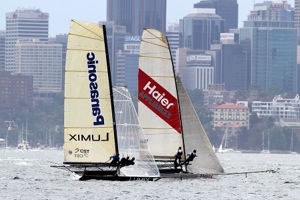 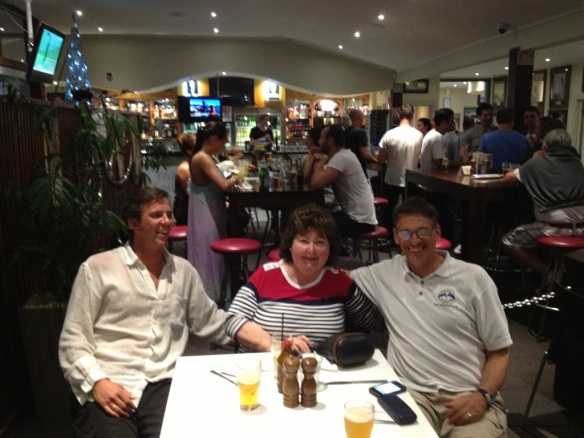 Good day sailing a 12 foot skiff with Cam Gundy at Lane Cove in plenty of breeze. 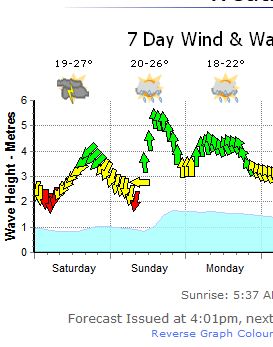 Please call Joel at the loft if you want buy or inquire about custom made skiff sails.

Jonathan Whitty’s Panasonic-sponsored Lumix became the seventh winner from as many races in the series when she won Race 7 of the 18ft Skiffs AEG 3-Buoys Challenge on Sydney Harbour today.

After a moderate start, Whitty and his Lumix team of James Hozack and Archie Massey moved through the fleet to take the lead on the second lap of the four-lap windward-leeward course.

With the last race of the Challenge to be sailed next Sunday, Pure Blonde (Tom Clout, Rob Bell and Matt Wark) leads the points on 28, followed by Asko Appliances on 33, Thurlow Fisher Lawyers (Michael Coxon) on 34, Mojo Wine (James Dorron) 37, Fisher & Paykel (Andrew Chapman) 40 and Gotta Love It 7 (Seve Jarvin) 43.

Today’s race was sailed in a moderate SE breeze with the fleet split between the choice of #1 and #2 rigs.

The start played a critical part in the race as three teams were disqualified for OCSs, while three others returned “just in case”

Biggest loser from the incident was Coopers-Rag & Famish Hotel (Jack Macartney) which sailed on in the race oblivious of being disqualified.

The Rag actually led the race for the first two laps before crossing the finish line in seemingly second place.

There was little hard work on the windward legs and the entire race took just 46m58s to complete.

Thurlow Fisher Lawyers took an early lead from Gotta Love It 7, which recovered brilliantly after going back at the start.

The Rag continued to lead the fleet over the second lap of the course although Lumix had reduced the margin to just 15s.

While Lumix’s win was clear cut, the race behind her saw seven boats finish within the next minute

The series has achieved the desired result of producing close racing and seven winners from seven races is proof of its success.

An interesting sidelight to the race today was the performance of Brisbane boat Winning Appliances (Shane Smith) which took line honours although only competing by invitation.

Race 8 (last for the series) of the AEG 3-Buoys Challenge will be sailed next Sunday with the Spectator Ferry leaving Double Bay Public Wharf at 2.15pm. 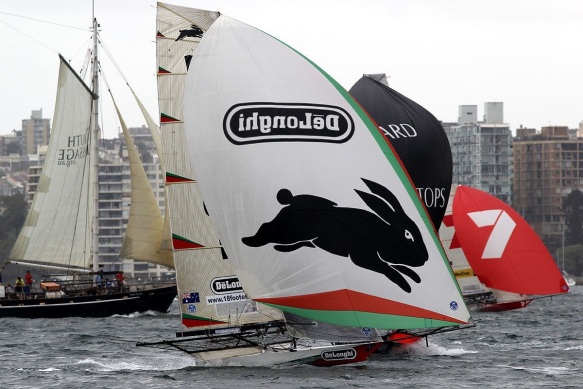 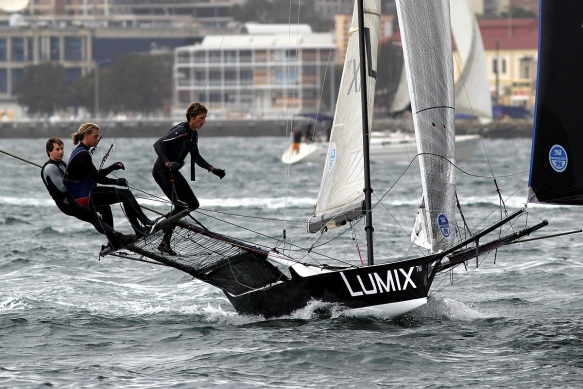