The Flying 18s website has published a little news about The Kitchen Maker sailing team. 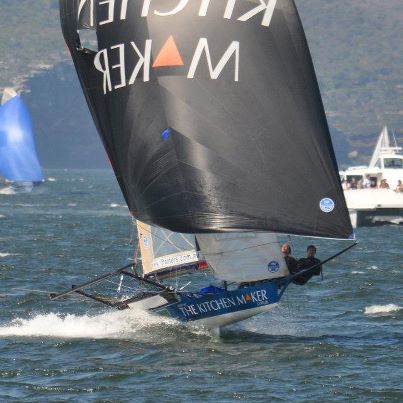 The Kitchen Maker 18 foot skiff team picked up a new mast this morning.

And here is how it is looking not too long out of the box!

The Kitchen Maker factory was pretty handy workshop for putting together a new mast.  Though, it would have been handy if we had asked Ralph to set up a 10m long level benchtop to ensure the mast glued together straight.

Looking forward to getting the new gear in the skiff.

The final results for the 2012 Queensland Youth Championships conducted by Keppel Bay Sailing Club are online at:

Side stay verniers and a little modification to fit the forestay vernier.

Please Email: cam@allwoodsails.com or phone 0433 546 356 if you would like to buy verniers or discuss your needs.

3 Flying Dutchmen crews are racing the world championships in Santa Cruz with spliced ropes from Allwood Sails in Sydney.
Here is the FD 2012 World Championship website.

A here are the latest results. 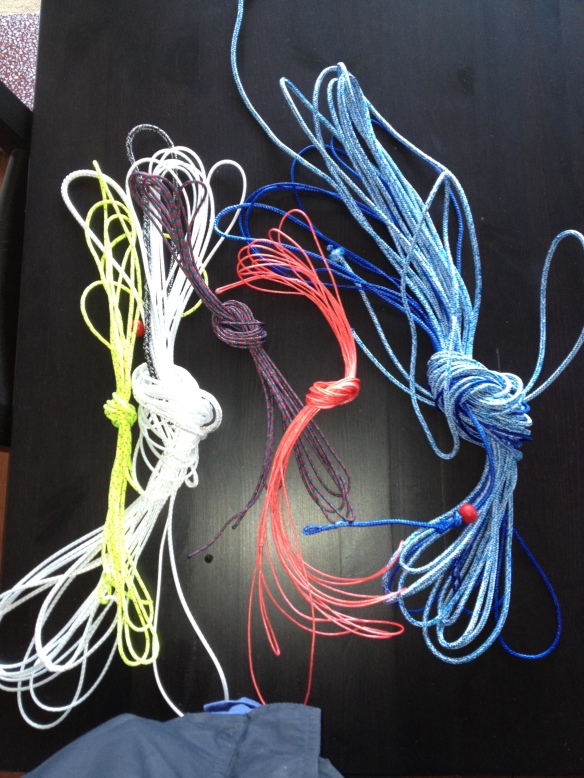 Before returning to Allwood Sails, Joel made some sails for the adventurer James Francis, who embarks on another wonderful journey today. And got a plug for his land windsurfer sails:

In 1959 Les Allwood set up his sail loft in Brisbane and began Allwood Sails. Over the following years he built sails that featured and won many national titles in Sabots, Moths, Cherubs, skiffs, catamarans and cruising boats. In the mid 1980’s Les retired and then his son Clive, wife Wendy and staff assumed the running of the business.

Joel McDonald and Brendan Matthews took over the running of the business early in 2008. Joel was Clive Allwood’s first apprentice and returned from the Whitsundays where he had his own loft at Shute Harbour. Joel is well experienced in all aspects of sail construction from small sabot sails right through to maxi yachts. He is an experienced dinghy, skiff and yacht sailor and applies his sailing knowledge to his sail making in a very positive fashion.